When the Covid-19 pandemic took humanity by surprise, scientists rushed to find a cure that could speed up recovery and reduce deaths from the new virus. Have these searches been successful? Are there effective medicines against coronavirus today? We bring to your attention the most effective Covid-19 drugs currently available.

Why is the virus hard to kill

Antiviral therapy is a weak point of modern medicine. There are just a few drugs that can directly kill pathogens inside the body. When viruses infect the body, they enter the cells and set up factories to replicate themselves. Unlike bacteria, viruses aren’t affected by antibiotics: these drugs just don’t reach the needed destination. It is necessary either to kill the entire infected cell or to deliver the active substance inside. The first option is chemotherapy with all its inherent consequences. There are several problems with the second one: it is necessary to introduce the drug and recognize the target without harming the cell itself. 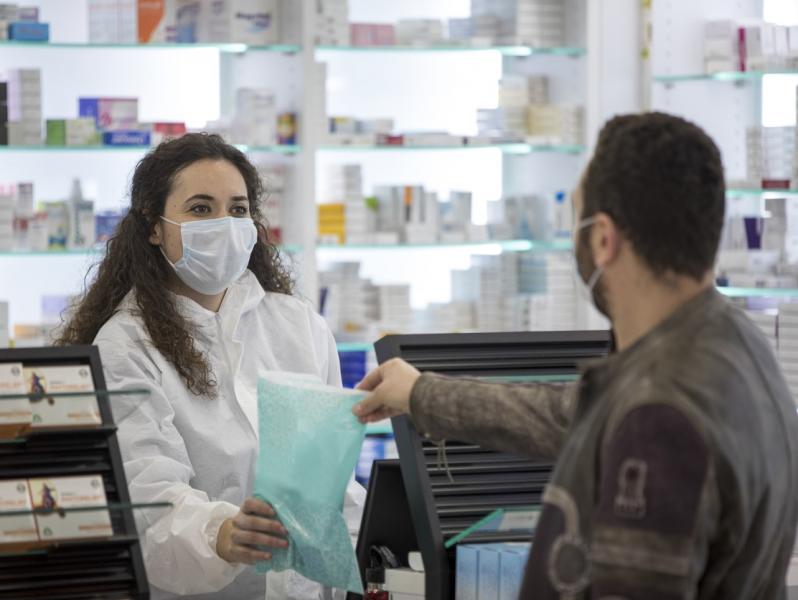 In 2002–2003, there was an outbreak of SARS in China with a mortality rate of ten percent. It was caused by a SARS-coronavirus. Scientists began to develop a cure, but the epidemic quickly ended, and projects were closed. Last year, as soon as the genome of the new coronavirus was deciphered, these developments were put into use. In particular, the compound synthesized by Pfizer successfully suppressed the replication of SARS-CoV-2. It targets the main viral protease, an enzyme that breaks down proteins.

When SARS-CoV-2 invades a cell, it attracts its resources to synthesize its own proteins. First, two long polyprotein chains are formed. Two proteases split them into fragments, from which the viral RNA is assembled. The molecule invented by Pfizer binds the main viral protease and prevents it from working as scissors. The polyprotein chain remains intact but the process of assembling new RNA is disrupted. The virus does not replicate. Such drugs are called protease inhibitors. Although the substance was intended for intravenous administration, scientists quickly converted it into tablets.

The drug has passed the second and third phases of clinical trials on three thousand people from different countries. The trials involved unvaccinated people over the age of 18 with symptoms of Covid-19 and a positive PCR. All were from risk groups but treated on an outpatient basis. They had at least one of the factors that make the disease worse: advanced age, diabetes, heart or lung problems. Some were given a placebo, others were given Paxlovid twice a day. Of those who were ill for only three days (389 people) and took medication, less than a percent ended up in the hospital over the next month, no one died. Of the placebo group (385), seven percent (27) were hospitalized and seven died.

The next group consisted of 607 patients who had been ill for five days at the start of the trial. Six people were hospitalized with no deaths. In the placebo group (612) a severe form developed in 41 cases, ten people died. The drug reduces the number of hospitalizations and deaths from all causes in patients with Covid-19 by 89 percent, the developer claims. However, it should be applied as early as possible, before the disease worsens. It is the first oral drug approved by the FDA for the treatment of Covid-19.

Ivermectin: the results are encouraging

Some studies have shown the effectiveness of ivermectin, an antiparasitic drug that has been serving humanity for forty years. It has also been found to have antiviral and anti-inflammatory properties. In early January, The Lancet published the results of trials of the effectiveness of ivermectin in mild symptoms of coronavirus. Preclinical studies have shown that the drug prevents the development of new SARS-CoV-2 cells, but it is only effective at high concentrations.

A positive assessment of the effectiveness of ivermectin in the fight against coronavirus was also given by the alliance of American intensive care physicians Front Line COVID-19 Critical Care Alliance (FLCCC). Based on clinical data, the FLCCC concluded that the drug can significantly reduce viral load and speed up recovery in patients with mild to moderate symptoms. It is hoped that the use of ivermectin for humans will also help to avoid hospitalization and reduce mortality in patients with severe symptoms.

Since 2020, Ivermectin has been advertised as a means of combating coronavirus in Latin America and some Asian countries. The WHO and the US Food and Drug Administration warned against the use of this drug, as its effectiveness in the treatment of COVID-19 has not yet been definitively proven. However, ivermectin remains a popular and essentially the only option for most people thanks to widespread availability, safety, and low cost. The drug can be bought at a local drugstore or online, freely without a prescription.

It was synthesized at Emory University a couple of years ago to fight the flu. It was found that it successfully suppresses the replication of the coronavirus. The compound inserts into the viral RNA and damages it. With each copy, the number of mutations increases, and as a result, the virus dies.

The drug was tested on patients with severe Covid-19, but there was no result. Next is was tested on those who fell ill no more than five days ago and were treated on an outpatient basis. Patients taking Molnupiravir were 50% less likely to be hospitalized at an early stage. The risk of death was also halved.

But questions remain. The developers have not released detailed data from clinical trials so that doctors can test them and assess the risks for individual patients. The risk of developing resistant strains of coronavirus with the use of these drugs is unclear. The mutagenic properties of Molnupiravir have not been studied. If it can integrate into the RNA of the virus and damage it, won’t it work the same with human RNA? Finally, both drugs, Molnupiravir and Paxlovid, are very expensive, with the course of treatment costing thousands of dollars. Find more information on this medication on the official website https://www.merck.com.

Favipiravir is one of the few drugs that directly kills the virus in the body. It was created in Japan in 2002 as a remedy for influenza. Inside the cell, it turns into its active form and binds the viral RNA polymerase, blocking the replication of the virus. Also, this substance introduces fatal mutations in the genome of the pathogen. It has also been shown to be effective against the COVID-19 virus in laboratory tests, has been tested in humans, and approved for outpatient treatment in several countries including Japan, Russia, Serbia, Turkey, India, and Thailand.

In clinical studies, patients who took it for a week improved one and a half times more often than in the control group.

There has been some encouraging data on monoclonal antibodies, but they are expensive and only used in hospitals—administered intravenously, like remdesivir, an antiviral drug approved in the US for emergencies. For wider distribution, its effectiveness is questionable. The experts of the Cochrane.org review, published in April 2021, found no convincing evidence that remdesivir significantly reduces mortality or improves the condition of seriously ill patients. WHO also has not yet included it in the recommendations.

At the beginning of the pandemic, high hopes were placed on the well-known antimalarial drug hydroxychloroquine. However, they were disappointed, since the drug hasn’t shown any improvement in the condition of patients with Covid-19.

The German Paul Ehrlich Institute for Vaccines and Biomedical Medicines is currently warning against the use of hydroxychloroquine in the treatment of Covid-19. Those patients who do take this drug should be closely monitored by doctors since hydroxychloroquine can cause severe side effects and increase the likelihood of death.

In any case, even if several new antiviral drugs become available at once, this does not eliminate the need for vaccination. As experience shows, each drug has many limitations and side effects. In addition, early treatment of Covid is likely to result in weak adaptive immunity, and therefore an increased risk of reinfection.